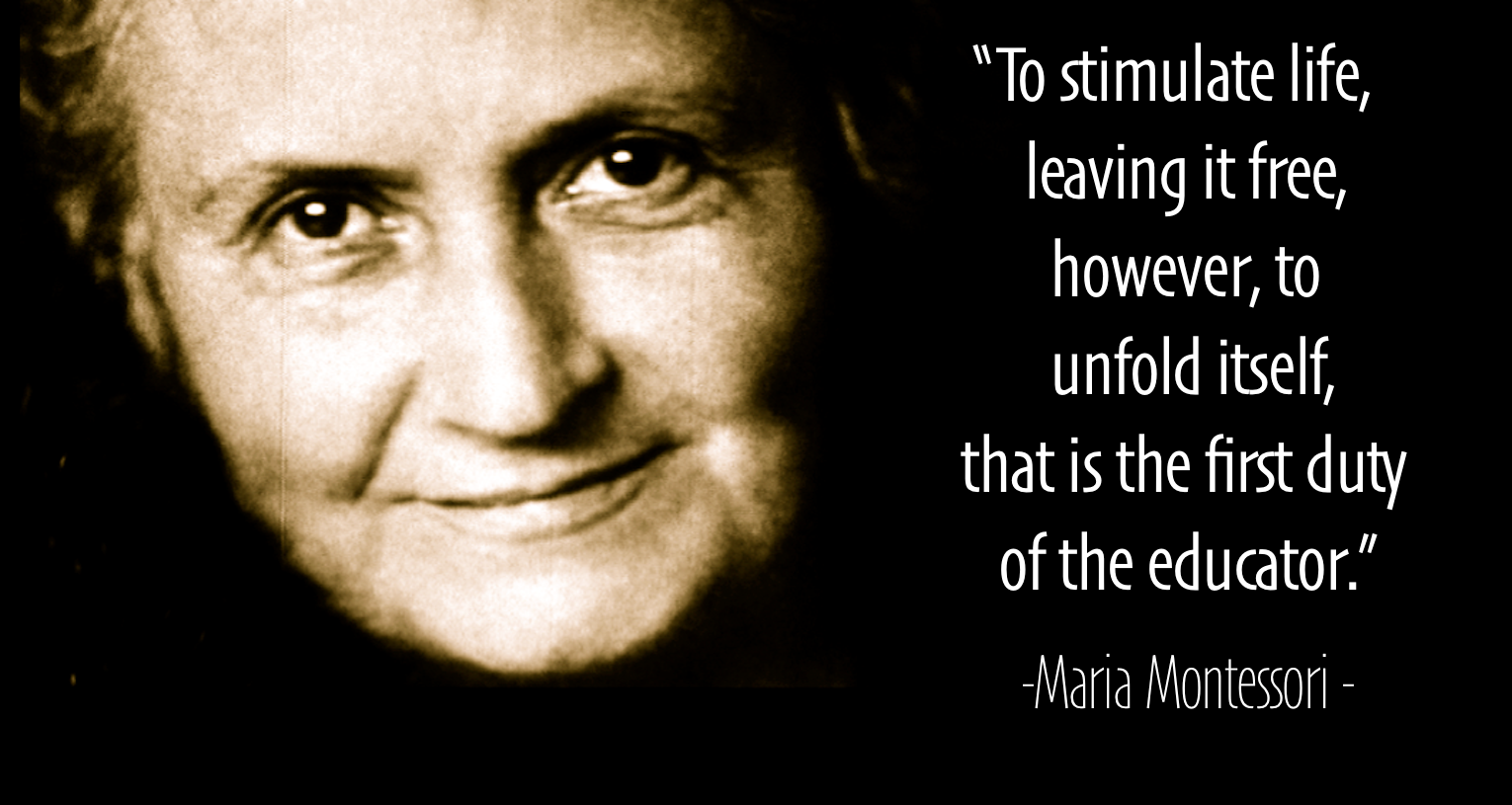 Ours was a house for children, rather than a real school. We had prepared a place for children, where a diffused culture could be assimilated, without any need for direct instruction… Yet these children learned to read and write before they were five, and no one had given them any lessons. At that time it seemed miraculous those children four and a half should be able to write, and that they should have learned without the feeling of having been taught.

We puzzled over it for a long time. Only after repeated experiments did we conclude with certainty that all children are endowed with this capacity to ‘absorb’ culture. If this is true- we then argued- if culture can be acquired without effort, let us provide the children with other elements of culture. And then we saw them ‘absorb’ far more than reading and writing: botany, zoology, mathematics, geography, and all with the same ease, spontaneously and without getting tired.

We discovered that education is not something which the teacher does, but that it is a natural process which develops spontaneously in the human being. It is not acquired by listening to words, but in virtue of experiences in which the child acts on his environment.

The teacher’s task is not to talk, but to prepare and arrange a series of motives for cultural activity in a special environment made for the child. My experiments, conducted in many different countries have now been going on for forty years (Editor Note: now more than one hundred years), and as the children grew up, parents kept asking me to extend my method to later ages.

We then found that individual activity is the one factor that stimulates and produces development, and that this is not more true for the little ones of preschool age than it is for the junior, middle, and upper- school children.